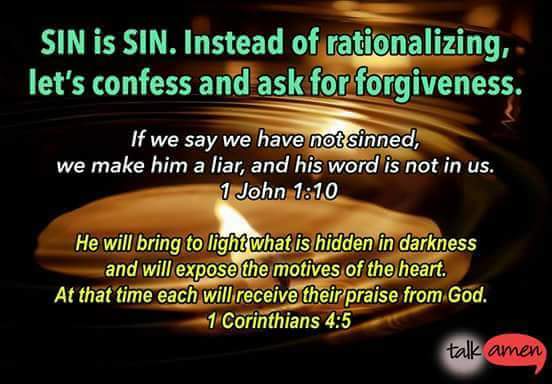 Sin entertains before assassination ,because  the wages or payment  for sin is death spiritually,mentally,  emotionally , and otherwise . It’s  like credit cards dine ,and enjoy now,then pay dearly with  suffering later. For example,enjoy promiscuous  sex now,and pay  with  a deadly  transmitted  diseases  later. Smoke everything  now ,and suffer  with lung cancer  or worse  later. Drink alcohol  like crazy , then suffer  with kidney  failure  later. The bottom  line is,whatever  you sow ,you will reap later.

If you live by the gun you will die by it,if you live with hate you will die likewise ,so if you live in sin of course  you will die in sin. If you don’t  accept  God’s  plan for redemption ,and freedom  through  His only begotten  Son, JESUS  .

♡ “Come now, and let us reason together,” Says the Lord , “Though your sins are like scarlet, They shall be as white as snow; Though they are red like crimson, They shall be as wool. If you are willing and obedient, You shall eat the good of the land; But if you refuse and rebel, You shall be devoured by the sword”; For the mouth of the Lord has spoken”.(Isaiah 1:18‭-‬20 ).

♡ “But those things which God foretold by the mouth of all His prophets, that the Christ would suffer, He has thus fulfilled. Repent therefore and be converted, that your sins may be blotted out, so that times of refreshing may come from the presence of the Lord, whom heaven must receive until the times of restoration of all things, which God has spoken by the mouth of all His holy prophets since the world began”. (Acts 3:18‭-‬19‭, ‬21).

♡ “Therefore, having been justified by faith, we have peace with God through our Lord Jesus Christ, through whom also we have access by faith into this grace in which we stand, and rejoice in hope of the glory of God. And not only that, but we also glory in tribulations, knowing that tribulation produces perseverance; and perseverance, character; and character, hope. Now hope does not disappoint, because the love of God has been poured out in our hearts by the Holy Spirit who was given to us. For when we were still without strength, in due time Christ died for the ungodly. For scarcely for a righteous man will one die; yet perhaps for a good man someone would even dare to die. But God demonstrates His own love toward us, in that while we were still sinners, Christ died for us. Much more then, having now been justified by His blood, we shall be saved from wrath through Him. For if when we were enemies we were reconciled to God through the death of His Son, much more, having been reconciled, we shall be saved by His life. And not only that, but we also rejoice in God through our Lord Jesus Christ, through whom we have now received the reconciliation. Therefore, just as through one man sin entered the world, and death through sin, and thus death spread to all men, because all sinned— (For until the law sin was in the world, but sin is not imputed when there is no law. Nevertheless death reigned from Adam to Moses, even over those who had not sinned according to the likeness of the transgression of Adam, who is a type of Him who was to come. But the free gift is not like the offense. For if by the one man’s offense many died, much more the grace of God and the gift by the grace of the one Man, Jesus Christ, abounded to many. And the gift is not like that  which  came through the one who sinned. For the judgment which  came from one offense  resulted in condemnation, but the free gift which  came from many offenses resulted in justification. For if by the one man’s offense death reigned through the one, much more those who receive abundance of grace and of the gift of righteousness will reign in life through the One, Jesus Christ.) Therefore, as through one man’s offense judgment  came to all men, resulting in condemnation, even so through one Man’s righteous act the  free  gift  came  to all men, resulting in justification of life. For as by one man’s disobedience many were made sinners, so also by one Man’s obedience many will be made righteous. Moreover the law entered that the offense might abound. But where sin abounded, grace abounded much more, so that as sin reigned in death, even so grace might reign through righteousness to eternal life through Jesus Christ our Lord”. (Romans 5:1‭-‬21).

Don’t  die, and end up in hell with fire,and brimstone  ,only to realize  that  there  is  a  God,and He gave you many chances  to make it right with Him,and you didn’t . Because,it will  be  too late then.  However ,if you are interested  in , making  your life right with God through , His Son. Then go to the salvation  page  at the top of this blog,and follow  the  instructions , and to God be all the glory , honor , praise , and thanks for all the things , He has done .