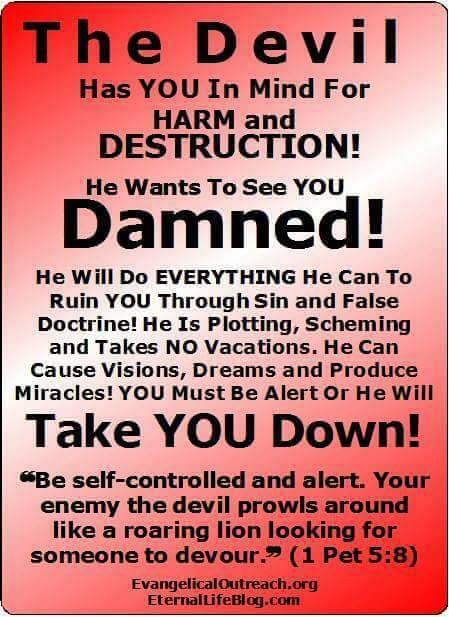 “Be sober, be vigilant; because your adversary the devil walks about like a roaring lion, seeking whom he may devour. Resist him, steadfast in the faith, knowing that the same sufferings are experienced by your brotherhood in the world. But may the God of all grace, who called us to His eternal glory by Christ Jesus, after you have suffered a while, perfect, establish, strengthen, and settle you.  To Him be the glory and the dominion forever and ever.” Amen.(1 Peter 5:8‭-‬11).

“And the Lord said, “Simon, Simon! Indeed, Satan has asked for you, that he may sift you as wheat.  But I have prayed for you, that your faith should not fail; and when you have returned to Me,  strengthen your brethren.”(Luke 22:31‭-‬32).

JESUS  PRAYED FOR  US: