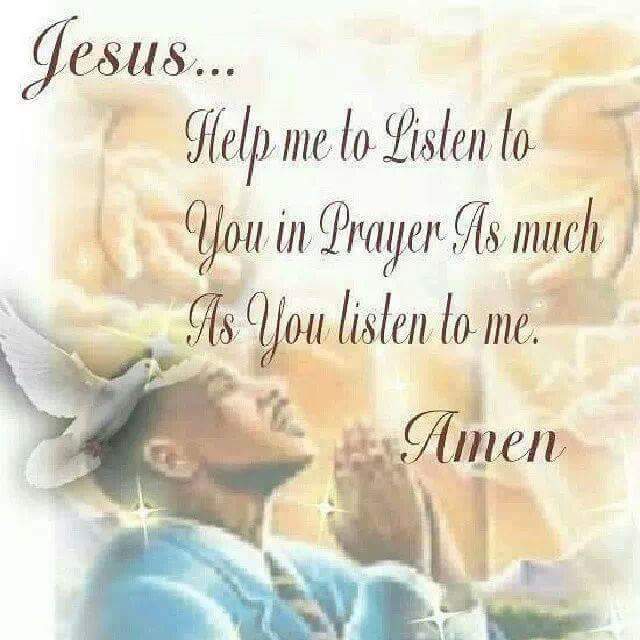 “Hear my prayer, O Lord , And let my cry come to You. Do not hide Your face from me in the day of my trouble; Incline Your ear to me; In the day that I call, answer me speedily”.(Psalms 102:1‭-‬2).

“Hear my cry, O God; Attend to my prayer. From the end of the earth I will cry to You, When my heart is overwhelmed; Lead me to the rock that is higher than I. For You have been a shelter for me, A strong tower from the enemy. I will abide in Your tabernacle forever; I will trust in the shelter of Your wings. Selah”{Psalms 61:1‭-‬4}.

“Lord , by Your favor You have made my mountain stand strong; You hid Your face, and I was troubled. I cried out to You, O Lord ; And to the Lord I made supplication: “What profit is  there in my blood, When I go down to the pit? Will the dust praise You? Will it declare Your truth? Hear, O Lord , and have mercy on me; Lord , be my helper!” You have turned for me my mourning into dancing; You have put off my sackcloth and clothed me with gladness, To the end that my glory may sing praise to You and not be silent. O Lord my God, I will give thanks to You forever”. {Psalms 30:7‭-‬12}.

“I will bless the Lord at all times; His praise shall continually be in my mouth. My soul shall make its boast in the Lord ; The humble shall hear of  it and be glad. Oh, magnify the Lord with me, And let us exalt His name together. I sought the Lord , and He heard me, And delivered me from all my fears. They looked to Him and were radiant, And their faces were not ashamed. This poor man cried out, and the Lord heard him, And saved him out of all his troubles. The angel of the Lord  encamps all around those who fear Him, And delivers them. Oh, taste and see that the Lord  is good; Blessed is the man who trusts in Him! Oh, fear the Lord , you His saints! There  is no want to those who fear Him. The young lions lack and suffer hunger; But those who seek the Lord shall not lack any good thing. Come, you children, listen to me; I will teach you the fear of the Lord . Who is the man who desires life, And loves many days, that he may see good? Keep your tongue from evil, And your lips from speaking deceit. Depart from evil and do good; Seek peace and pursue it. The eyes of the Lord  are on the righteous, And His ears are  open to their cry. The face of the Lord  is against those who do evil, To cut off the remembrance of them from the earth. The  righteous cry out, and the Lord hears, And delivers them out of all their troubles. The Lord  is near to those who have a broken heart, And saves such as have a contrite spirit. Many are the afflictions of the righteous, But the Lord delivers him out of them all. He guards all his bones; Not one of them is broken. Evil shall slay the wicked, And those who hate the righteous shall be condemned. The Lord  redeems the soul of His servants, And none of those who trust in Him shall be condemned”.{Psalms 34:1‭-‬22}.

“Is anyone among you suffering? Let him pray. Is anyone cheerful? Let him sing psalms. Is anyone among you sick? Let him call for the elders of the church, and let them pray over him, anointing him with oil in the name of the Lord. And the prayer of faith will save the sick, and the Lord will raise him up. And if he has committed sins, he will be forgiven. Confess your trespasses to one another, and pray for one another, that you may be healed. The effective, fervent prayer of a righteous man avails much. Elijah was a man with a nature like ours, and he prayed earnestly that it would not rain; and it did not rain on the land for three years and six months. And he prayed again, and the heaven gave rain, and the earth produced its fruit”.(James 5:13‭-‬18).

“Now we know that God does not hear sinners; but if anyone is a worshiper of God and does His will, He hears him”.[John 9:31].

IS GOD CALLING YOU?

“Now the boy Samuel ministered to the Lord before Eli. And the word of the Lord was rare in those days; there  was no widespread revelation. And it came to pass at that time, while Eli was lying down in his place, and when his eyes had begun to grow so dim that he could not see, and before the lamp of God went out in the tabernacle of the Lord where the ark of God was, and while Samuel was lying down, that the Lord called Samuel. And he answered, “Here I am!” So he ran to Eli and said, “Here I am, for you called me.” And he said, “I did not call; lie down again.” And he went and lay down. Then the Lord called yet again, “Samuel!” So Samuel arose and went to Eli, and said, “Here I am, for you called me.” He answered, “I did not call, my son; lie down again.” (Now Samuel did not yet know the Lord , nor was the word of the Lord yet revealed to him.) And the Lord called Samuel again the third time. So he arose and went to Eli, and said, “Here I am, for you did call me.” Then Eli perceived that the Lord had called the boy. Therefore Eli said to Samuel, “Go, lie down; and it shall be, if He calls you, that you must say, ‘SPEAK, LORD  , FOR  YOUR  SERVANT  HEARS.’ ” So Samuel went and lay down in his place. Now the Lord came and stood and called as at other times, “Samuel! Samuel!” And Samuel answered, “SPEAK, FOR  YOUR  SERVANT  HEARS.” Then the Lord said to Samuel: “Behold, I will do something in Israel at which both ears of everyone who hears it will tingle”. [1 Samuel 3:1‭-‬11]